Arsenal favorite for the transfer of Mudryk 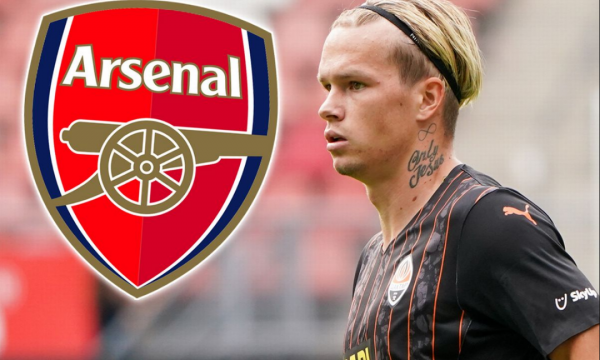 Arsenal are reportedly leading the race for the transfer of Ukrainian star Mykhaylo Mudryk.

The Gunners were also linked with his transfer in the summer transfer window, but were said to have failed to reach an agreement with Shakhtar Donetsk over the price, even though the player had agreed on personal terms.
Mudryk has started the 2022/23 season in fine form, scoring five goals and registering seven assists in ten appearances in all competitions.
According to “Daily Mail”, Arsenal are still interested in the transfer of the 21-year-old and it is believed that the club is the favorite to complete this move.

The Ukraine international has recently admitted that his dream is to play for a Premier League club and this could help Arsenal in their bid to secure his services.

Mykhaylo Mudryk has a valid contract with Shakhtar Donetsk until the end of 2026.